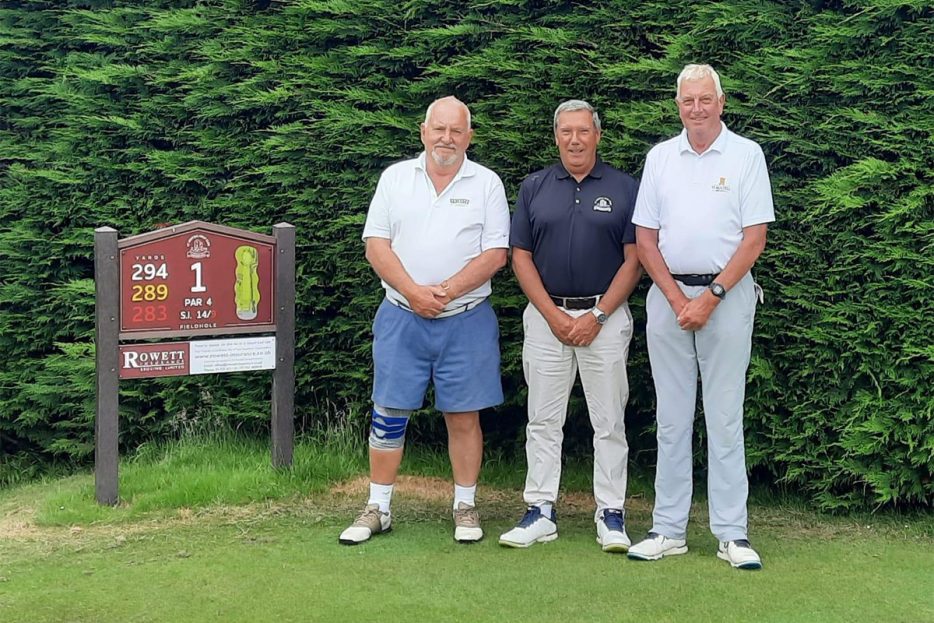 Formed in 1986 at The St Austell Railway Club by a copper, a binman and a bandit engineer following a late – night drinking session, the Railway Children Golf Society was born.

Roger became our first captain, Danny became Secretary and Gary became STICK! It was formed with the idea that members would enjoy good golf, good fun and a good drink after.

Hughie Smith (Sparky’s grandad) gave us our first £25 to get set up and very soon became our President.

The Railway Cup that we play for each year was donated by W. Vivian, St Austell Jeweller and was originally played for as a football match between St Austell and Truro Railway Clubs. This soon escalated into a South Western Football League affair with players from St Austell and Newquay versus Truro and Falmouth.  The Cup was rescued from those nasty footballers and was lovingly restored to its present – day glory!

At our first venue, one of our members had to buy new golf clubs, bag, trolley, shoes etc – as his wife had dumped them in Mevagissey Harbour after he took up with another woman! Stories like this soon became commonplace and we have listed a few (that can be printed) to illustrate:

Known as the `Finishing-School` for our club, The Society has passed on 21 Club Captains over the years. We have had close to 100 members in that time.

Roger, Gary and Danny would like to say thanks to all those that have contributed to the many, many happy memories we have had over the past 35 years.

Hoping there are many more ahead.