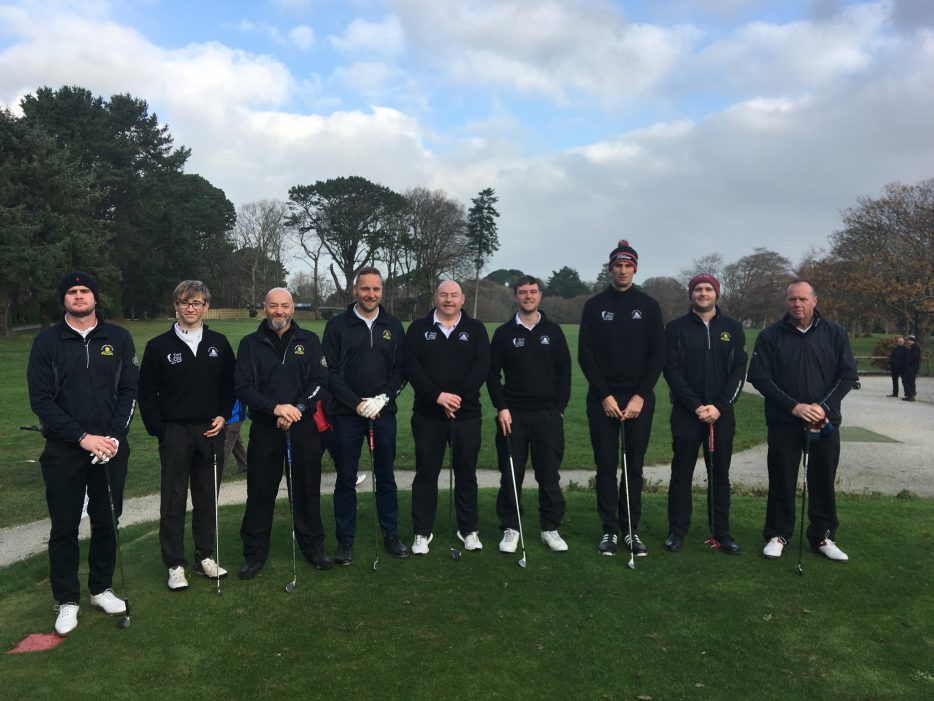 The Club’s Presidents Cup side were in action again at Truro on Sunday 18th November when they took on Perranporth. St Austell jumped into an early lead with wins for Mark Rawle (7&6) and Kevin Roach (4&3) before Perranporth pulled on back as Bradley Varcoe went down 6&5.

Matches three and four went to the last hole with a win for Ross Facey but defeat for James Thomas and when Brian Osborne was unable to take his match beyond the 15th the match was tied up at three a piece with three games still on the course. Chris Bailey went down 6&5 but with PJ Lund dormie 2-up it looked like it was all down to Sparky Smith who was 1- down with two to play.

Unfortunately, things don’t always go to plan and when PJ lost the last two holes to only halve his match Sparky needed something special. However, it was not to be as his tee shot at 17 clipped a tree and flew out of bounds and with it went our chances.

Congratulations to Perran on their 5.5 – 3.5 win and best of luck in the semi-finals.