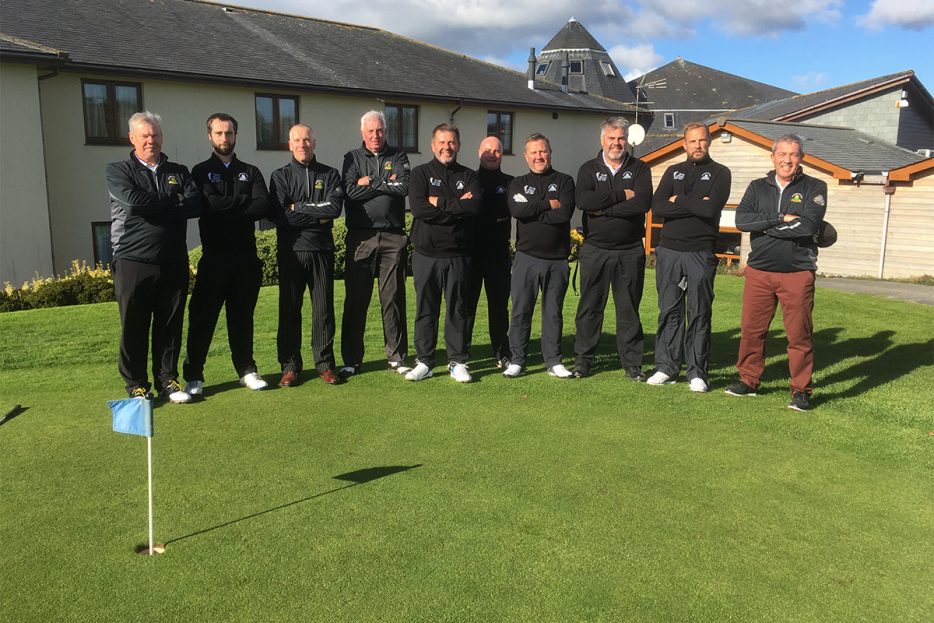 The Club’s Frank Wills Salver side visited Lanhydrock on Sunday 28th October to play Merlin Golf Club in the opening round of this season’s event. Playing foursome matchplay off handicap we were giving shots in each match.

Playing first Gary Hooper & Dave Johnson got off to a fast start to be 5up through 8 and eventually run out 2&1 winners. Glyn Rowett & Mike Payton, playing fourth were in control throughout and ran out comfortable 6&5 winners before Matt Chadwick & Steve Grose sealed the win with their 3&1 victory.

More was to come as the father and son duo of Phil & Dean Kent sealed a 1-hole victory after a titanic struggle before Merlin gained a consolation win as their final pair saw off Jay Isbell & Stuart Lobb by 4&3. We now move into the last-16 where we will take on Treloy on the weekend of the 3rd & 4th November at a venue to be decided.