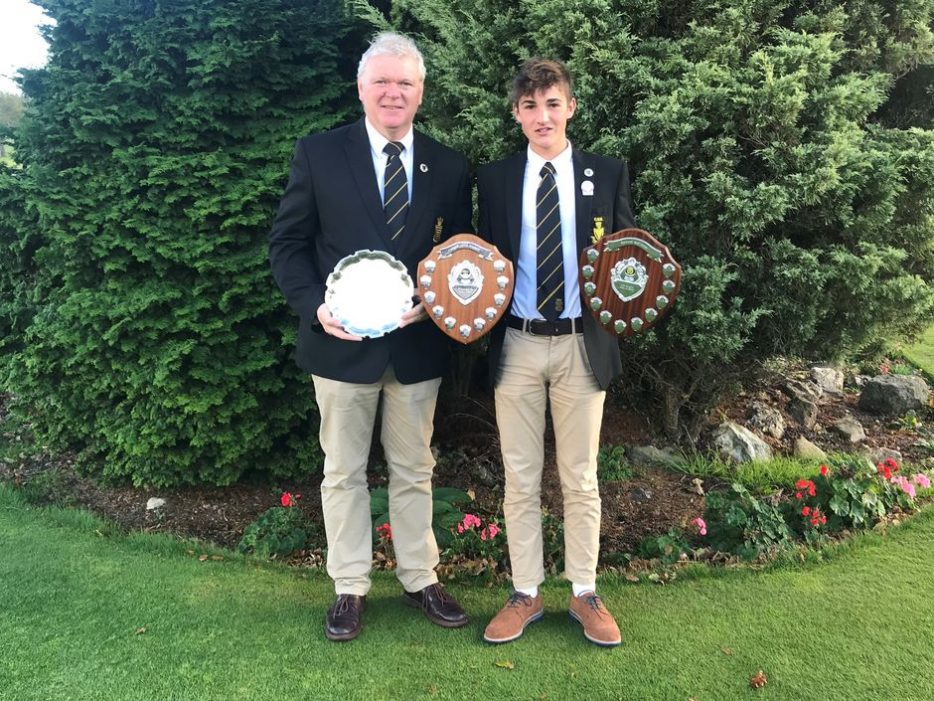 At the conclusion of the CGU Junior Maxam Cup competition at St Austell on 26th October 2018, the prizes were presented for the 2018 CGU Junior Orders of Merit season.

St Austell’s Ewan Warren completed a clean sweep taking the top prize in each of the categories winning the U18 Scratch OoM, the U16 Scratch OoM and the U16 Handicap OoM. Liam Wilson (Truro) was the runner up in the former two categories and Ryan Gregory (St Mellion) was the runner up in the U16 Handicap OoM. CGU Juniors President Alan Lund presented Warren and Wilson with their prizes.

It has been a good season for Warren. He was part of the Cornwall SWCGA Boys Championship winning team in July which then travelled to the English Boys County Finals the next month and he also won the CGU Depot Cup awarded for the best gross round in the Champion of Champions event staged in September.  Warren was pushed all the way by Wilson as is evidenced in the OoM’s narrow winning margins.

Well done Ewan and Congratulations from everyone at St Austell Golf Club!