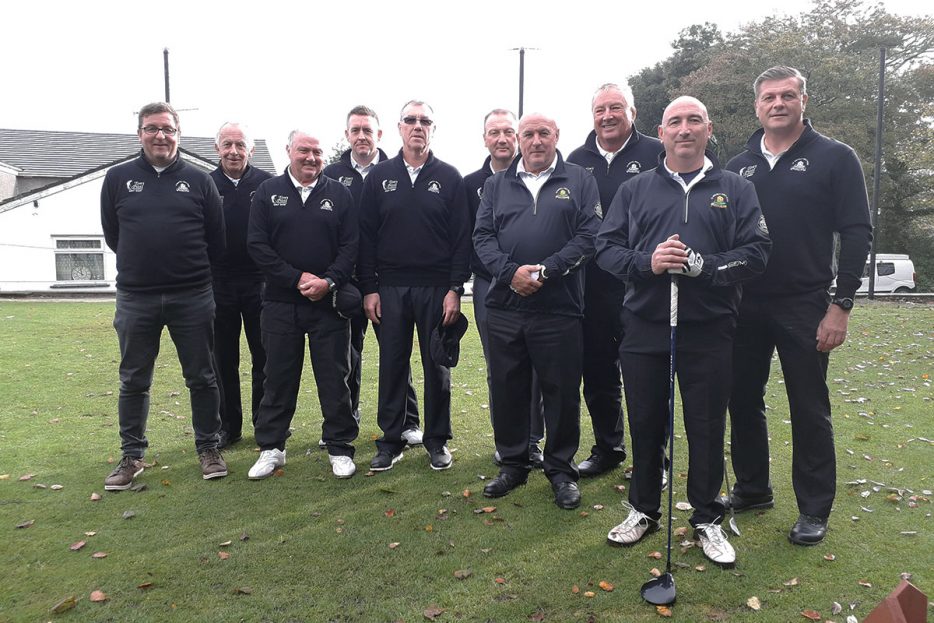 Following a first round bye the Club’s Cornwall Bowl side travelled to Truro on Sunday 4th November to play Radnor Golf Club where, playing foursome matchplay off handicap, we were giving shots in each match. After a nervous start losing the first hole in three of the five matches the side soon found their form and through 10-holes we were comfortably ahead in three matches and level in the other two.

Richard Thomas & Alan Plester went on to win 7 & 5 while Cyril Poad & Steve Myford closed out their match 4 & 3. Needing one more point for victory the news filtered through that the bottom game had been pulled back to all-square on 13 and, when Radnor holed their second shot on the par-4 15 th to take a one-hole lead in game four an upset looked possible.

However, the guys dug in deep and, despite Andy Rogers & Nick Isbell losing on the 19 th after a titanic struggle, Paul Kendall & Adam Haynes fought back to win on the last while David Lobb & Graham Kingdon won the 16th and 17th to finish 3 & 1 victors and complete a 4 – 1 win. We now move into the quarter finals where we will play West Cornwall on the weekend of the 5th & 6th January 2019 at a venue to be decided.