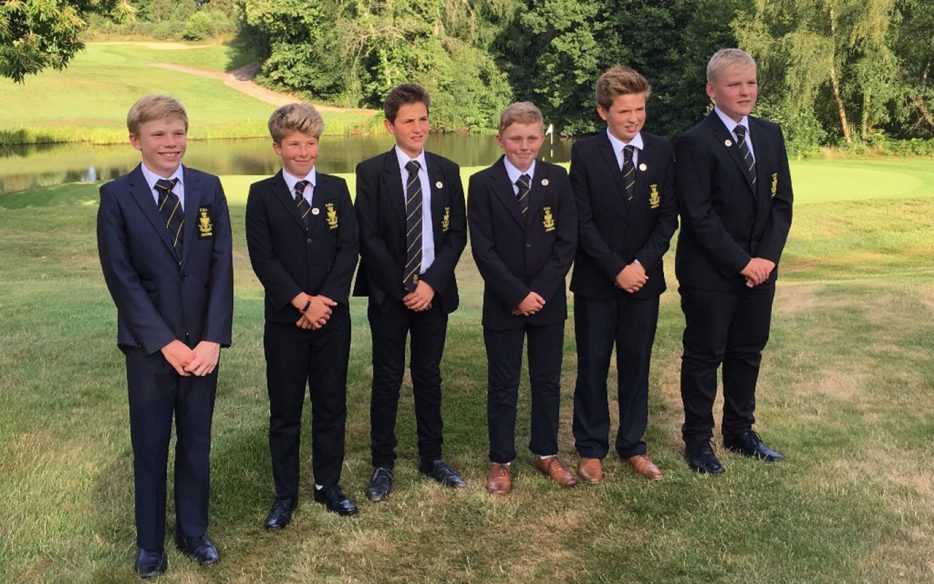 Cornwall Under 14’s won there recent match away to Dorset, Captained by our own Ewan Warren.

The Cornwall’s under 14 team were up against a Dorset team playing at the fantastic Remedy Oak Golf Club in Dorset. The course was absolutely stunning and provided a very close content between two good teams.

In the morning 9 hole foursomes, the first pairing of Ewan Warren and Morgan Craven lost a very close match 1 down, as did econd pairing Josh Hodge and Zack Cook, who lost 1 down after a fantastic up and down from their Dorset opposition.

Tom Stephens and Liam Wilson played some solid golf to win the third foursomes match 2 and 1 and Cornwall were losing the match 2 matches to 1 at lunch time.

In the afternoon singles, Cornwall started brilliantly with impressive wins for Warren (3 and 2) and Craven (5 and 4). Wilson lost in the third match against an inspired opponent before Zack Cook won his match 5 and 3 to have Cornwall leading 4 matches to 3 with two matches left on the course.

Tom Stephens was 1 Up after 16 holes and made two impressive pars to finish with to complete a 2 Up win before Josh Hodge lost his match 2 down and it all ended with a 5 matches to 4 win for Cornwall.

Both team played very good golf and the match was played in a great spirit and ended with a magnificent result against tough opposition.Thanks must go to the host club for the condition of the course and the hospitality extended to everyone involved in the match.