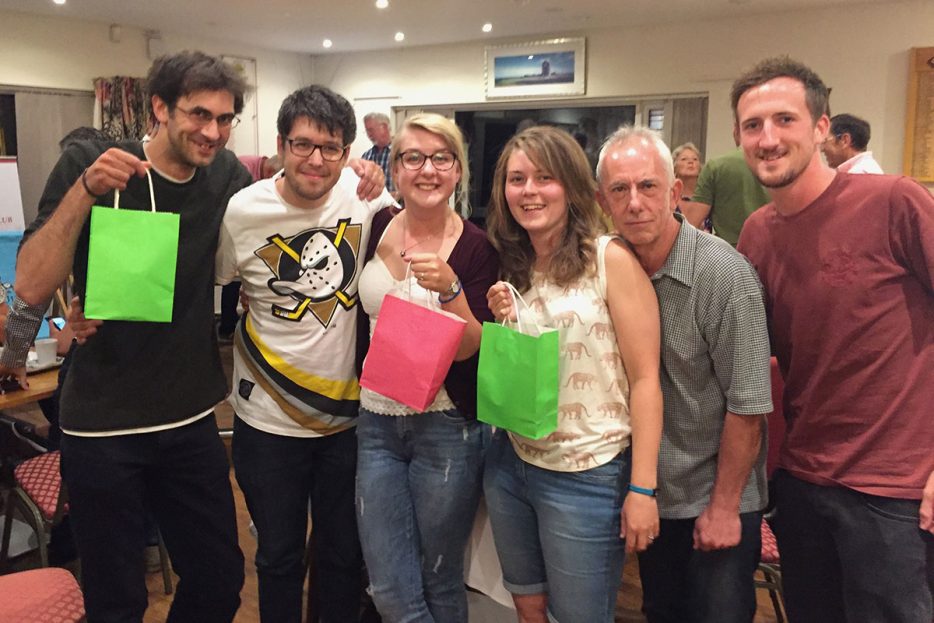 A very successful and entertaining quiz Night was held at St Austell Golf Club on Friday 10 thAugust. Three friends Toby, Sam and Mitch are venturing to climb Mount Kilimanjaro later this month and were hosting the event in order to raise funds for their Charity, Little Harbour, The Children’s Hospice South West.

The infamous quiz master John Martin compiled a thoroughly enjoyable quiz which was contested by 26 teams and over 150 people, making it the biggest quiz John has ever run. Questions ranged from football world cup, picture clues, dingbats to a big sing-along round as the finale.

Generous gifts for the raffle were donated from across Cornwall and, along with entry money, a grand total of £1200 was raised that evening; an amazing amount for one night!

Special thanks must go to the people who made kind donations of prizes and money and to all those who organised the event. Thank you all teams who attended and made the night fun and raised so much for such a good cause.

It was great to see the club so busy and full of joy. The Social Committee will be releasing further events over the next few weeks!